“A Fund has a fiduciary duty to act in the best interest of its members whose benefits depend on the responsible management of fund assets…” ~ preamble to Regulation 28.

Currently, there’s concern with regard to the Government’s investigation into interference in the touchy business of investment funds. The topic of ‘prescribed assets’ has created anxiety among investors – much of it unnecessary because the likelihood of implementation is small.

‘Prescribed Assets’ means that a portion of your savings and investments, such as retirement funds, can be forced by the Government into specific investment arenas that would not be your –  or your financial advisor’s – best or most intelligent choice.

It has created the discomforting thought that the precious stockpile you’ve been nurturing for years, may be compelled into buying Government stock, as well as bonds issued by State Owned Enterprises (SOE’s) such as Eskom, SAA, PRASA, SABC, etc. And if you have any knowledge of the financial situation of these entities, you would be right to be worried, if not up in arms.

An old trick that didn’t work

This concept is not new. It was first introduced by the former nationalist government and has been raised by several political parties as a solution for the current cash-strapped Government to bolster financial support for investment in social and economic development within township and village economies, as well as job creation. Did it work in the past? Apparently not well.

Between 1956 and 1989, the government forced pension funds to invest more than half their savings in local government and parastatal bonds. But in essence, the result of this initiative provided investors with negative returns during a time when the equity markets were strong and investors should have enjoyed good returns.

And that was when the country might have been more stable. If introduced now when the economy is weakened, there is a strong view that it will have further substantial negative effects on the country. Thus there is a fair amount of confidence that it is unlikely to happen – and that the current air of panic is driven by the media, which has a tendency to favour hype rather than hard facts.

The narrow track of challenge and collaboration

ASISA, the Association for Savings and Investment South Africa, manages some R6.2 trillion of the nation’s savings and investments, and while recognised as a significant and relevant partner at the Government’s negotiating table, the Association is not inspired by the policy of ‘prescribed assets’. The problem remains the critical financial conditions of state-owned entities and the fact that there are not enough viable projects to encourage investment.

Granted, there is urgent attention being paid to address this situation; ASISA believes that these challenges can be overcome through effective public private partnerships, and there has already been direct investment of R200 billion into: Renewable Energy; Township Development; Affordable Housing; Urban Regeneration; Student Accommodation; Water & Roads; Agriculture, etc. In fact, ASISA members have already deployed more than R1.3 trillion in support of Government, Local Authorities, and SOE’s.

But, unfortunately, trust remains the key issue. Local asset managers would be willing to invest in infrastructure and growth-focused projects, provided they could be convinced that these projects would be managed with proper governance and sound financial controls. Among the many sceptics of the viability of this venture are both Cosatu and the PIC, which is further confirmation that the introduction of ‘prescribed assets’ is unlikely.

Further reasons why the concept of ‘prescribed assets’ is unlikely

Empfin Solutions – the team that keeps your team happy

We’re an Old Mutual franchise with our primary focus on advising on and servicing umbrella pension and provident funds. Always striving to be a trusted partner in facilitating financial solutions for organisations and individuals, our dedicated team of fully accredited, experienced professionals have a passion for satisfying customer needs and providing a truly client-centric service.

Find out how you can benefit at: www.empfinsolutions.com 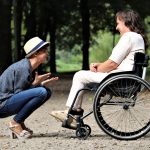 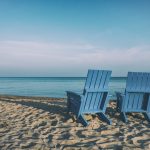