As featured on Fin24 website– Written by By Lameez Omarjee

Government is proposing a two-bucket system for retirement, which will allow for pre-retirement withdrawals while ensuring preservation of savings.

National Treasury on Wednesday issued a statement on its approach to growing calls by members of retirement funds to access part of their savings. This comes as the Covid-19 pandemic has negatively impacted the finances of numerous households. But Treasury has advised members of retirement funds not to withdraw funds – unless retiring, resigning or retrenched – as the law to enable these pre-retirement withdrawals is not yet enacted.

Labour federation Cosatu has proposed that 30% or R30 000 in retirement savings be accessible, so as not to deplete members’ entire savings. Meanwhile, DA MP Dion George has put forward a private members bill, proposing amendments to the Pension Funds Act to allow households to use as much as 75% of their retirement funds as security for bank loans.

Fin24 previously reported that Treasury was considering allowing retirement fund withdrawals under very specific circumstances. Treasury wants to avoid any liquidity problems and wants there to be a “limited window of access”, according to deputy director general Ismail Momoniat. Treasury has been engaging with the National Economic Development and Labour Council, as well as retirement funds, regulators and other stakeholders on how to increase savings and improve preservation, while allowing limited withdrawals.

“Government has been working on a more structured two-bucket system that will enable the restructuring of future contributions. One bucket is to be preserved until retirement, and the second bucket will allow for pre-retirement access during emergencies or extraordinary circumstances,” Treasury said in a statement. These measures would cover pension and provident funds, but consideration is also being made for retirement annuities.

Treasury noted that any allowance for early access would require legislative and fund-rule amendments. Current law and policy prohibits pre-retirement access to retirement savings, unless an employee resigns or is retrenched, Treasury noted.

“It is expected that the earliest that any changes would become effective for a new withdrawal mechanism is 2022,” Treasury said.

The withdrawal process will not cover the Government Employees’ Pension Fund – which is not regulated under the Pension Fund Act.

Treasury said that changes for a new system would take time, as it requires consultation, legislative and changes to fund rules and fund administrators in turn will have to change their systems.

Treasury said that further announcements on the matter would be made before or at the 2021 Medium-term Budget Policy Statement (MTBPS). The MTBPS is usually held in October. The legislative amendments would then be introduced to Parliament.

“It is expected that any changes to the law would only become effective next year at the earliest, and some of the medium-term provisions may take even longer to take effect.”

Government still encourages South Africans to save more – for retirement and the short term, Treasury highlighted.

Speaking at the launch of the 2021 Old Mutual Savings and Investment Monitor last week, head of financial education John Manyike said that a lot of “precautions” would have to be taken if people are allowed to withdraw from their retirement funds. He warned that South Africans may find themselves “worsening” their savings situation.

Investment Strategist at Old Mutual Wealth, Izak Odendaal, previously told Fin24 that while he understood people may need cash, withdrawals could interrupt compound growth of their pensions. “You miss out on growth and end up with smaller retirement lump sums,” he said.

In a separate note, Victoria Bucarizza of GIB Financial Service warned that South Africans are not saving enough for retirement.

“Any early withdrawal of funds simply exacerbates the retirement problem for that individual. The reduction in retirement assets is not just what is taken now, but also the future growth that those funds would obtain, which for younger individuals can be a substantial amount,” Bucarizza said. 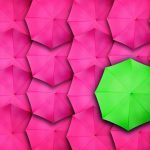 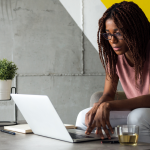 Nine to Five is Out: and time, location, and financial freedom is inBlogs